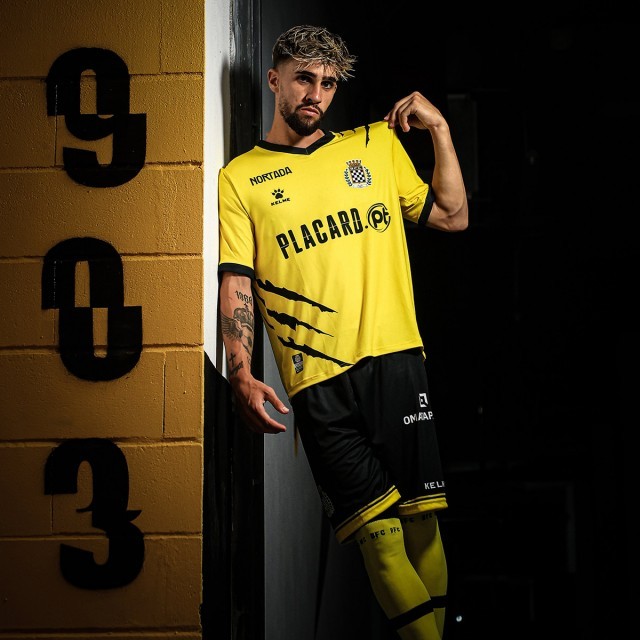 KELME AND BOAVISTA F.C. PRESENT THE SECOND KIT FOR THE NEW SEASON

Portugal dawns with the image of the new Boavista F.C. second kit for the 2022-23 season, designed jointly by the club and the Spanish sports brand KELME.

The eye-catching yellow colour of the new shirt leaves no one indifferent, but it is its many details that make the design representative of an entire fan base. It features a contrasting black v-neck collar and sleeve cuffs, which further highlights the vivid colour that the players will be wearing. It also incorporates lines in the form of scratches that cross the shirt through the torso and shoulder, paying homage to the animal that gives the club its nickname: "Black Panthers". This imposing animal, in the form of a statue, welcomes all the fans before entering the Estadio do Bessa XXI. For this reason, it should be represented not only as a symbol on the stadium grounds, but also as a symbol on the pitch.