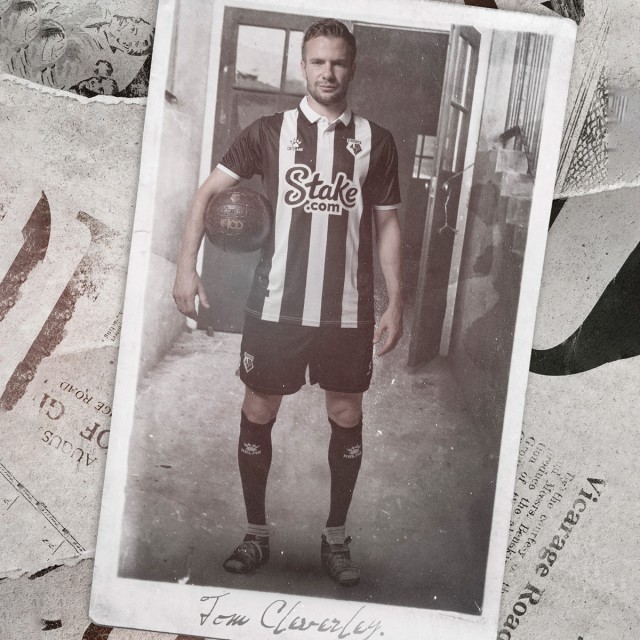 The shirt incorporates a polo neck and adds a white elasticated band to the sleeve cuffs. Watford FC crest in black and white, in keeping with the style of the rest of the kit. The colours and pattern used were inspired by the first kit the Hornets wore at their stadium in 1922, when the club was known as 'the Brewers'.

A reference to the history of the club and the 100th anniversary of their stadium.