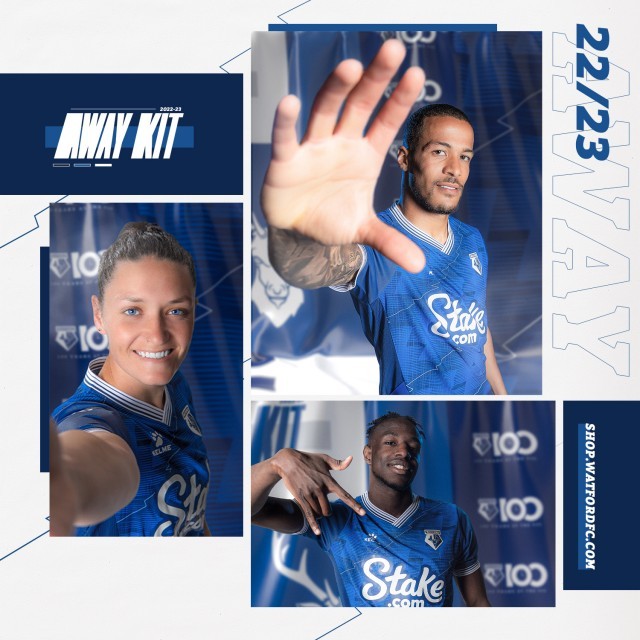 Watford FC continues with the presentation of its kits together with the sports brand KELME. After unveiling the first kit, and having created a lot of expectation among their fans, the English team presents what will be their away kit for the next season.

It is, as usual with the Elche-based company, a totally personalised design, which also focuses on paying homage to the centenary of the inauguration of their stadium, including an inscription on the back of the collar in reference to Vicarage Road. The striking "royal blue" colour scheme is a reference to the 32 years of the Royals, before the team became known as the Hornets.

The design incorporates a series of white lightning bolts that cross the torso and highlight the angles of the crest, rounding off a kit designed to celebrate the club's history and make the fans feel represented when wearing it.