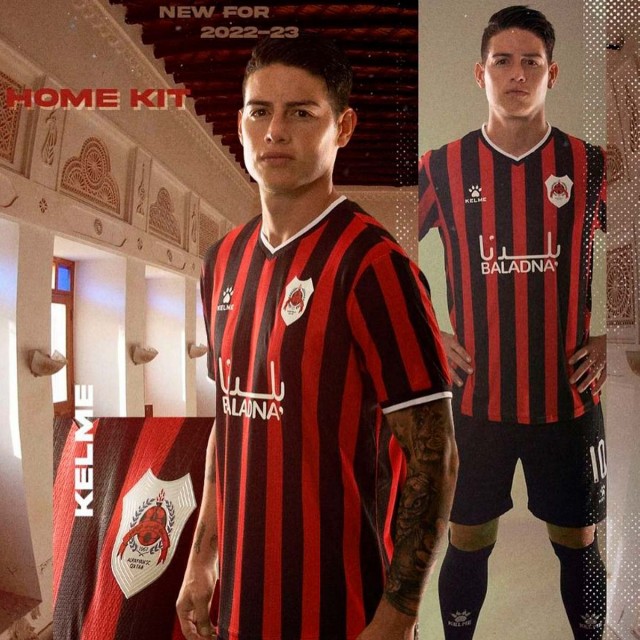 Al-Rayyan SC presents its kits for the 22/23 season, being the first year that it designs them together with the sports brand KELME, thanks to the agreement reached between both entities.

The design pays tribute to one of the most emblematic teams in the Asian continent, being eight times champion of the Qatari league and occupying third place as the team with the most titles in the Qatar Stars League.

The first kit features the classic red and black vertical stripes that identify the club from the city of Rayan and are part of its history.

The second kit incorporates a plain white print, adding a touch of elegance to the uniform. The dominant white colour contrasts with the sleeves, which feature a combination of red and black, so that the essence of the club is also present in this shirt.