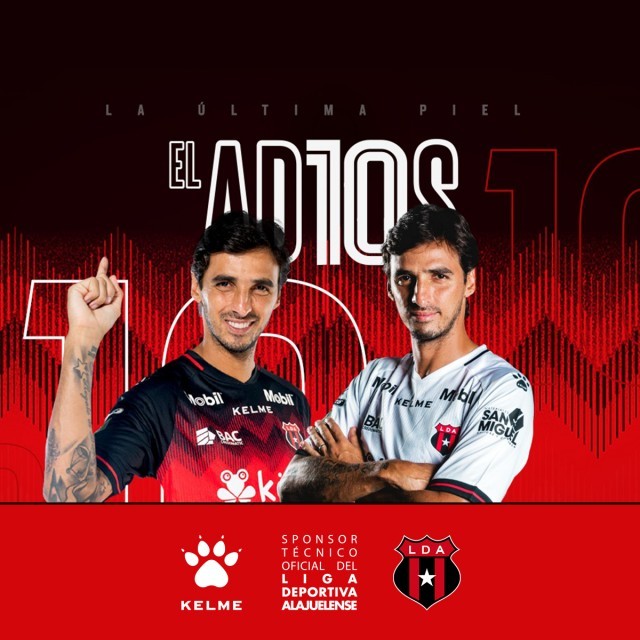 Known as "Los leones" (The Lions), they are the leading football team in Costa Rica. Under the slogan "El AD10S, la última piel" (Farewell, the last skin), this shirt will be historic as it pays tribute to one of the players who are history of this club: Bryan Ruiz. It will be the last shirt worn by the eternal captain in his career as a professional player.

The first kit is dominated by red as the main colour, accompanied by black on the back of the chest and on the sleeves. The jersey includes a large number of details and is a fully personalised model, a hallmark of the kits produced by KELME. The uniform uses the classic colours of the club, but with a completely new design, applying a three-dimensional pattern that makes this shirt a unique piece. It also features Costa Rica's flag at the back of the neck and also includes the legend "Unidos por los Colores" (United by the Colours) on the lower back.

The second kit features white as the main colour, accompanied by thin red and black stripes on the sides, as well as on the lower part of the sleeves. Both kits have been developed with new technology textiles, so that the lions and lionesses are perfectly equipped to play at Alejandro Morera Soto stadium and give their best performance.